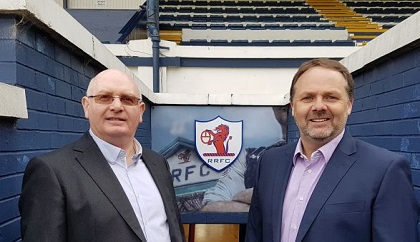 They will leave Stark's Park once their contracts expire later this month.

Their biggest success was arguably winning the SPFL Trust Trophy last month, but they also managed to get Raith Rovers into the Premiership play-offs last season after winning League One in the 2019/20 season.

But this season, they missed out on a place in the Premiership play-offs by finishing fifth in the Championship.

The 2021/22 campaign was overshadowed by the controversial signing of David Goodwillie.

In February, McGlynn apologised for the hurt caused.

Raith Rovers say they will start a recruitment process to find McGlynn's successor with "immediate effect".

A statement on the club's website reads: "The Board of Raith Rovers FC can today confirm that Manager John McGlynn and Assistant Manager Paul Smith will depart the club by mutual consent as their Rovers contracts expire later this month.

"We offer of thanks to John and Paul for their service to the club, and salute their achievements since returning to Stark’s Park in September 2018.

"The Board can also confirm that we will be actively looking to appoint a new management team to take the club forward, and will be starting the recruitment process with immediate effect."