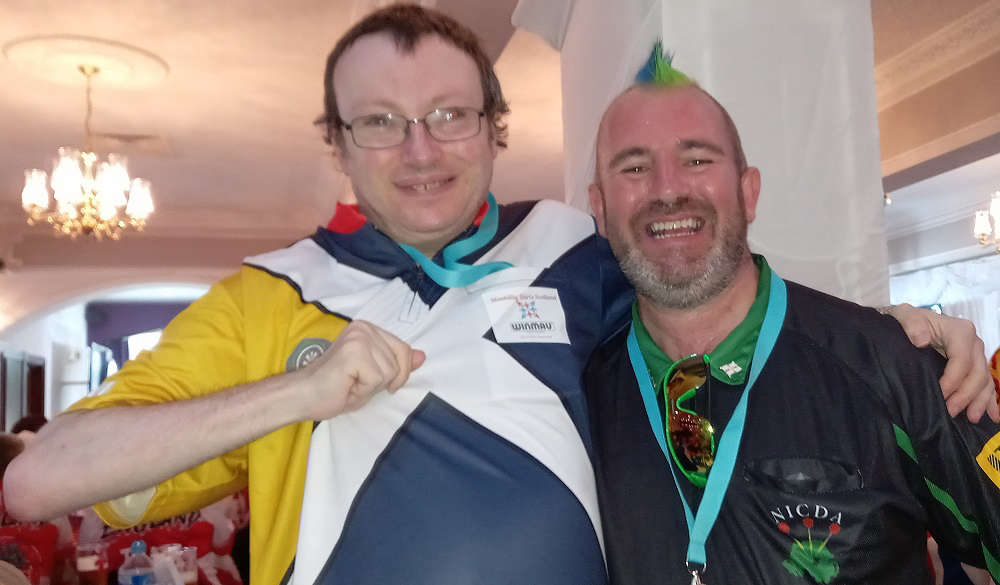 Picture: Michael Bennetton (Jay Johnson is located on the right)

A man who lives in Fife has been telling Kingdom FM how he overcame two strokes to become an international darts player.

Jay Johnson from Blairhall attempted suicide after his second stroke in 2018, but has since gone on to take up bowls and play darts.

After joining the Disability Darts Association, the 48-year-old was selected to play for Northern Ireland at the World Cup and World Championship in September last year.

He also plans to start playing goalball this year and wants to make it into Team GB for the 2024 Paralympics in Paris.

We're hearing Jay's story on Stroke Prevention Day (you can hear him talk below).

A survey today from the Stroke Association found nine out of ten stroke survivors in Scotland would warn their younger self to change their lifestyle, with more than four out of five asked in Scotland saying they hadn’t realised they were at risk of a stroke.

But it says nine out of ten had since made lifestyle changes.

John Watson, Associate Director Scotland at the Stroke Association, said: "A stroke happens in the brain, the control centre for who we are and what we can do.

"It can happen at any time and at any age and can be devastating.

"We know not all strokes are avoidable, but as many as nine out of ten strokes could be prevented as they are linked to things you can change or manage.

"Many people simply don’t realise they are at risk and that’s something that we as a charity desperately want to put right.

"The effects of a stroke can be life-changing for you and your family, so why not do all you can to avoid one yourself?

"However, we know that it isn't always easy, so pick something that’s manageable for you.

"Aim to stick with it for an initial three months and, if you can do that, you’re more likely to form a regular habit.

"The good news from this research is that almost nine out of ten stroke survivors have already taken steps to reduce their risk of having another stroke."

Some of the interview content may be upsetting and support is available on the Stroke Association and Samaritans websites.