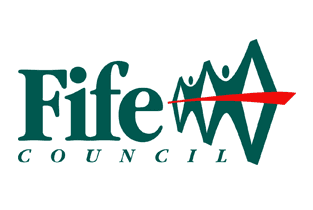 A man convicted of domestic violence has had his licence to sell alcohol renewed.

Arfhan Arshed, of Kirkcaldy, was convicted at at Kirkcaldy Sheriff Court last year and fined £500.

At a meeting of Fife Licensing Board on Monday, he said that he had “had a domestic” with his now ex-partner at the shop where he worked, but was unaware he was supposed to inform the board of his conviction – his first while being a licence holder of nine years.

Councillor Ryan Smart told him that it wasn’t good enough he “didn’t realise” his mistake, and asked for more information on the court charge -adding:  “Saying it was something that got out of hand is not good enough.”

Mr Arshed said his former partner came to the shop to collect their child.

“We hadn’t been getting on for a long time,” he said. “She asked me for money and I said I would transfer it, but I wasn’t giving her cash.

“It got out of hand verbally, but there were no members of the public in the shop when it happened. I wouldn’t have reacted the way I did if there was. I was provoked but I know that’s not an excuse.”

A Police Scotland representative read from the conviction report, which said Mr Arshed spat and punched her twice in the face on a public road outside the shop. He was taken into custody.

Mr Smart noted that the two representations seemed to be very different, adding that  Mr Arshed’s gave was more “low-key” than the police report.

Mr Arshed said he never physically touched his ex, but admitted to spitting in her face saying “I should have just walked away but this was something that had built up over a long period of time.”

He also agreed that the incident did happen on a street outside the shop, and in front of their child.

Mr Smart agreed that the licence should be granted “due to the limited range of options available” to the board, but added: “Don’t find yourself in front of this board again."