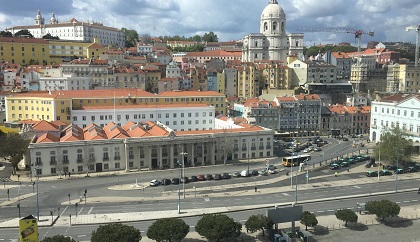 Four people from Fife have been making their way home after being stuck on a cruise ship in Lisbon.

Nichola Beveridge, who is from Dunfermline, and three other people were on board the MSC Fantasia, when it docked in the Portuguese capital at the weekend.

Speaking to Kingdom FM News on Monday, she said nationals from Portugal were initially only allowed to disembark from the ship.

But on Twitter overnight, Nichola expressed her gratitude in a Tweet, saying the journey back to Edinburgh was made from Lisbon via London Heathrow.

She added that more than a dozen Scots were stuck on board the cruise ship, which arrived from Brazil.

One tested positive for coronavirus, with everyone in isolation at home, according to Portugal's interior ministry.

There were more than 1,300 people on board the ship.

At the start of this week, the UK Government urged British citizens to return home as soon as possible.

That's before Prime Minister Boris Johnson announced new restrictions on movement on Monday night, affecting Scotland, as well as the rest of the UK.

The measure is in place in a bid to limit the spread of COVID-19.