Fifers encouraged to make the most of Kingdom's tourism 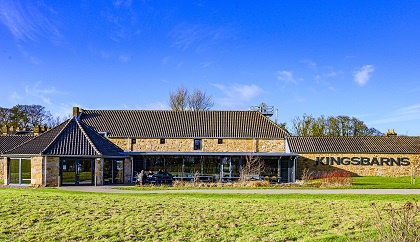 People across Fife can play their part in enjoying the Kingdom's tourism options, says VisitScotland.

The sector officially re-opened today, months after it was forced to shut due to lockdown.

It's hoped people will visit towns, enjoy restaurants and have a day out to visit an attraction in the coming weeks and months.

There have been previous fears about the scale of the hit the sector could end up having to take in Fife due to the coronavirus pandemic.

It's feared the financial dent could be as much as £300 million across the Kingdom, with half of that affecting the North-east of the area.

The café and shop at Kingsbarns Whisky Distillery and Visitor Centre in the East Neuk re-opened today.

Its hoped tours will also restart there from next month.