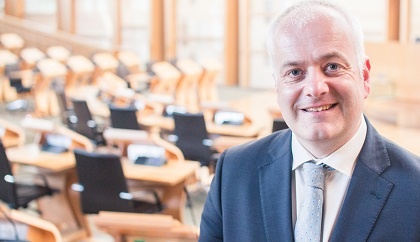 Climate activist volunteers from Climate Camp Scotland will hold the camp for 5 days over a long weekend in either June or July.

The location was selected at a public meeting in Glasgow yesterday.

The decision has also been welcomed by Mossmorran Action Group.

Meanwhile, ExxonMobil, which runs the Fife Ethylene Plant at Mossmorran, started its use of its elevated flare at the weekend.

The company says the use of the flare is needed to complete the re-start of its operations and is safe.

The plant shut down temporarily last August and £140 million of investment is being made by ExxonMobil to reduce unplanned flaring.

Mark Ruskell MSP said: "As Scotland's second biggest polluter, it's clear Mossmorran is the front line in the climate emergency in this country.

"As well as the distress it has caused local communities, it cannot continue to pump out 1.1 million tonnes of carbon dioxide every year if we are to face this crisis."

James Glen, Chair of Mossmorran Action Group, was at yesterday's meeting in Glasgow and said: "We're very excited that Mossmorran has been chosen as a focus for climate action, and very grateful for the support that this will bring from activists in Scotland and further afield."

ExxonMobil is not commenting on the protest camp.

Shell, which runs the Fife NGL Plant at Mossmorran, is also not making a comment.