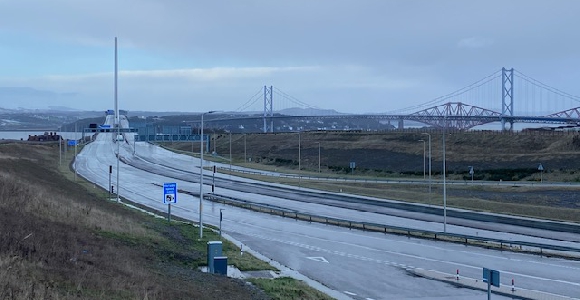 It was unavailable for more than four hours due to a risk of falling ice being identified.

Patrol staff observed ice falling from the bridge towers shortly after the closure at 4:45am.

The bridge re-opened just after 9am.

Anyone who needed to use it during the time of the closure had to cross the Kincardine Bridge.

BEAR Scotland’s South East Unit Bridges Manager Chris Tracey said: "The safety of bridge users comes first and we therefore made the decision to temporarily close the Queensferry Crossing when we identified a risk of falling ice.

"We constantly monitor conditions on the Queensferry Crossing in real time using a bespoke system of weather sensors on the towers and deck.

"At 04:30 this system reported conditions conducive for ice formation.

"Patrol staff observed ice falling from the bridge towers shortly after this and the bridge was closed at 04:45.

"The risk of falling ice has now passed and it is safe to reopen the bridge. We apologise for any inconvenience caused to road users by this closure."