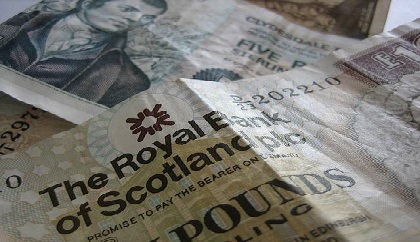 Confusion over water bills is pushing Scots into debt

One in Five Scots is in debt because of their water bills.

Many are on low income and wrongly assume they don't have to pay it, because they are council tax exempt. The bills are issued by local authorities.

This lack of awareness leads to non payment, which causes hardship, particularly in areas where debt is pursued aggressively.

CAS Consumer spokesperson, Sarah Beattie-Smith, said: "Our report today highlights the problems caused to vulnerable consumers by the current system of water and sewerage charges. Because Councils send out water and sewerage bills along with Council Tax bills, many people don’t realise the charges are separate. The legalistic language used on the bills also doesn’t help.

"As a result, some of those who are exempt from Council Tax believe they are exempt from water charges as well, which is not the case. They therefore fail to pay the water bill, and over time they build up arrears, which – like any other debt - they then find difficult to pay. We have seen clients who have run up debts totalling thousands of pounds.

"This is a problem that can be fixed. We are keen to work with the Scottish Government, Local Authorities and Scottish Water to explore ways to help those on low income to pay their water and sewerage charges, and to avoid falling into debt.

"Billing should be clearer, so that people don’t fall into the trap in the first place. Where people have debts for water and sewerage charges, the debt recovery practice should take into account the consumer’s ability to pay, and should support those on low income to recover from the debt."