Woman in critical condition after crash in Fife 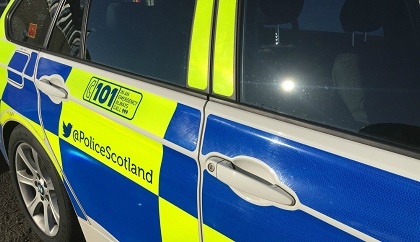 A woman is in a critical condition in hospital after a crash in Methil yesterday.

It happened on South Street, between the roundabout junction with the A955 and Dubbieside, at around 7.25pm - when a silver Volkswagen Bora collided with a tree.

The 33-year-old male driver did not require any medical attention.

The road was closed for about seven hours following the crash.

Sergeant Ewan Pearce of the road policing unit said: "This was a serious crash and our thoughts are with the family and friends of the woman who has suffered serious injury as a result, along with all those involved.

"Our inquiries into the cause of the crash are continuing and I would ask anyone who saw what happened, and has not yet spoken to officers, to come forward.

"I would also ask motorists who were in the area around the time of the collision who may have been recording via dash-cam devices to check their systems and provide any relevant footage to us as soon as possible."

Anyone with information should contact police on 101 quoting incident number 2879 of Sunday May 17.