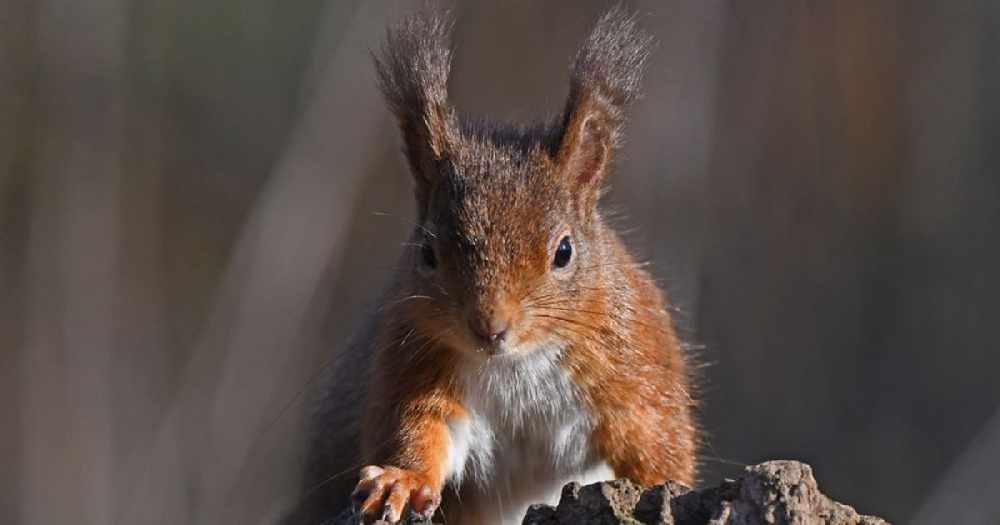 Fife's wildlife is set to play a starring role on national TV.

The BBC series Autumnwatch - presented by Michaela Strachan - will broadcast live from Tentsmuir from next week.

For the first time, the series will also feature live cameras set up to capture the drama of grey seals pupping on NatureScot’s Isle of May National Nature Reserve (NNR) in the Firth of Forth.

NatureScot's Marijke Leith, who manages Tentsmuir National Nature Reserve, said: "We are really excited to welcome the hugely popular Autumnwatch to the reserve and we’re sure that the local wildlife won’t disappoint.

"In these unprecedented times, and as the days grow shorter, nature can offer real solace, and we hope that this autumn we can help many more people connect with the amazing wildlife at this special site, especially those who are perhaps not able to get outdoors so easily at the moment."

Simon Hodgson, chief executive of Foresty and Land Scotland, said: "We are delighted to welcome the Autumnwatch audience to Tentsmuir, which is one of Scotland’s great coastal forests.

"This stunning mix of tall trees and open sand dunes is a special haven that is rich in wildlife, from otter to badgers, bats to red squirrels, and of course white-tailed sea eagles.

"That part of the site is a National Nature Reserve testifies to its unique character and we are pleased that the viewing public will see the benefit - at least in part - of the ongoing work that we do with our NatureScot partners to conserve this wonderful site."

On the Isle of May, a live camera will capture the grey seal pupping season. Almost 2,500 pups are born each autumn at the NatureScot reserve, making it one of the most significant grey seal pup nurseries in the UK.

David Steel, who manages the Isle of May NNR, said: "The grey seal pupping season is one of the great autumn spectacles along our shores and each year the Isle of May is transformed as the youngsters take over.

"As the island is closed to visitors during the season to give the pups and mothers peace, it’s a spectacle that usually not many people get to witness. It’s fantastic that thanks to the Autumnwatch cameras this year we can bring all the joy and drama of the colony live to people right across the UK."

The show is on BBC Two at 8pm from Tuesday October 27.