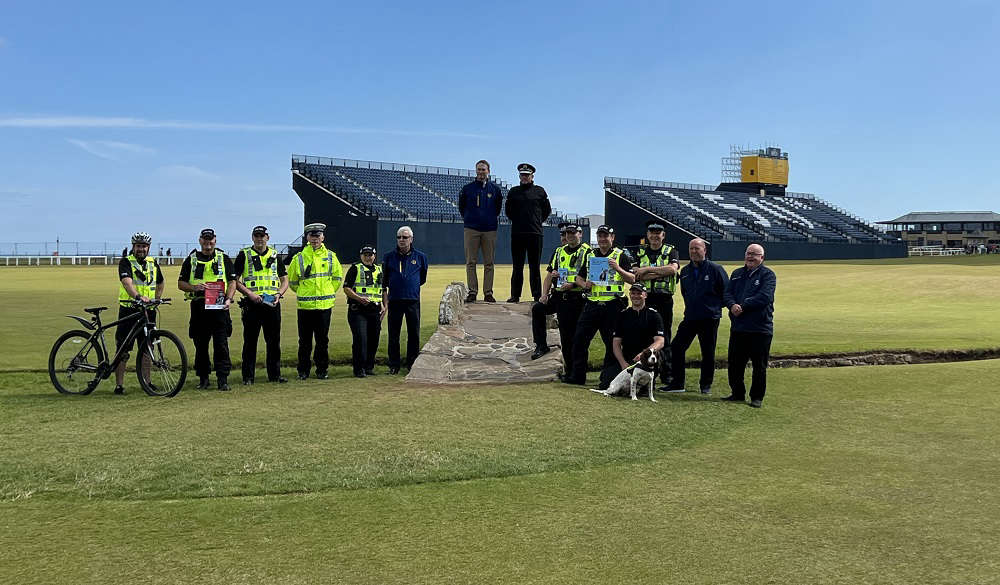 Police Scotland has launched a tactic aimed at keeping local people and visitors safe for The 150th Open Championship in St Andrews.

The major golf tournament takes place next month at The Old Course between Sunday 10 July and 17 July, with visitors worldwide coming to the Fife town.

Specially trained uniformed officers will be engaging with local firms and people attending the event by handing out leaflets and explaining how people can play their part.

Organisations including The R&A, the tournament's organisers, British Transport Police, Fife Council, stewards, security and on-site staff, as well as the local community, are all involved.

Anas Hassan, our Kingdom FM reporter, had a chat with Chief Superintendent Derek McEwan, Divisional Commander for Fife and Police Lead for The 150th Open, at a slightly breezy St Andrews earlier about the police tactic:

Johnnie Cole-Hamilton, Executive Director of The R&A, has been telling Anas how much he's looking forward to next month's event at The Home of Golf: