LISTEN: North East Fife MP calls for EU citizens to be given automatic right to stay in the UK 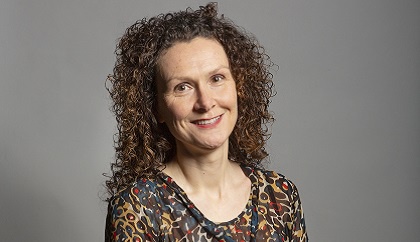 The MP for North East Fife is calling for EU citizens to be given the automatic right to stay in the UK.

Liberal Democrat Wendy Chamberlain is pointing to new official figures showing nearly 4,000 EU nationals living in Fife have not been given permanent settled status to remain in the country.

Out of the more than 9,000 EU nationals across the Kingdom who have made an application for permanent residency through the Home Office's EU Settlement Scheme, just more than 5,000 have been given settled status.

Nearly 1,000 of them are still waiting on a final decision to be made, with nearly 3,000 only been given temporary pre-settled status.

This means another application will have to be made within five years or those affected could be made to leave the UK.

Wendy Chamberlain has been paying tribute to EU citizens for their contribution to the country during the coronavirus pandemic:

A spokesperson from the Home Office said: "We are pleased that there have been more than 3.5 million applications to the EU Settlement Scheme with over a year left to apply.

"Nobody has been granted pre-settled status without first being offered the opportunity to submit evidence that they are eligible for settled status - and both mean they have secured their rights in UK law."

Image from UK Parliament released under Attribution 3.0 Unported (CC BY 3.0)