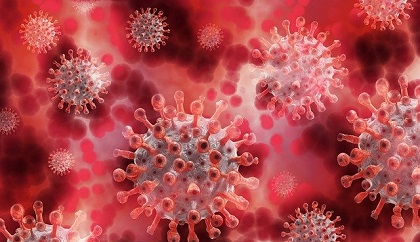 A study by the University of St Andrews has shown between 5% to 6% of the British population contracted coronavirus by the final third of April.

It also revealed Scotland and Wales has had lower infection rates than England, with more than 1 in 10 of London's population getting Covid-19.

Infection rates were highest in urban regions and lowest in rural areas and small towns.

Estimates of the cumulative infection rate are based on deaths from the virus reported by the Office of National Statistics and the National Records of Scotland by the first third of May.

The results suggests people from lower socioeconomic groups in urban areas, including those with minority backgrounds, were most affected by the spread of Covid-19 in March and April.

The research was carried out by Professor Hill Kulu and Peter Dorey (the source is SocArXiv), from the ESRC Centre for Population Change and School of Geography and Sustainable Development.

You can hear Professor Kulu speaking in our clip below.

He says the 5-6% figure may actually be smaller or larger.

Professor Kulu adds lockdown measures have made a difference in limiting the spread of the virus:

Peter Dorey said: "Our analysis showed that there are some areas in London where cumulative infection rate was between 15 and 20%.

"In contrast, some remote and rural locations have not yet seen any infections."