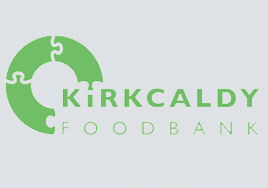 The Chair of Kirkcaldy Foodbank says she isn't surprised after new figures revealed there has been a rise of more than a fifth in the number of food parcels being handed out across Scotland.

Nearly 600,000 parcels were distributed across the country in the last 18 month recorded period, according to the A Menu For Change project and the Independent Food Network.

That's the equivalent of more than 1,000 parcels being given to people in need every day, nationwide.

Data was collated from independent food banks and combined with statistics from Trussell Trust foodbanks.

Joyce Leggate, Chair of Kirkcaldy Foodbank, says demand in the town for the foodbank's services is only rising.

She said: "The increase in demand that we are seeing locally I know is reflected nationally from other organisations.

"It really is a serious state of affairs now.

"Kirkcaldy Foodbank is now into its 7th year of existence and we see no let up in the demand.

"All we seem to see is a constant increase."