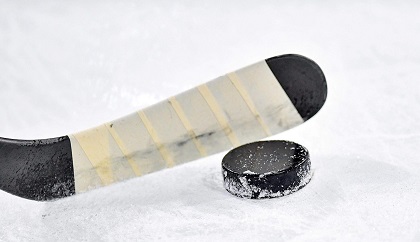 Fife Flyers says the Elite Ice Hockey League has been suspended for the 2020/21 season amid the pandemic.

It will not start on December 5th as was originally hoped in the summer.

The Flyers say it was a difficult decision, but adds that it was absolutely necessary and insists safety is the priority for fans, the players and staff.

Last season was cancelled in March earlier this year due to the coronavirus crisis.

The club also says that they are a 'gate-based club' and therefore cannot run matches at reduced capacity for fans or with none at all as it isn't sustainable.

In a statement, Fife Flyers Directors Tom Muir and Jack Wishart said: "We participated in the call with all ten EIHL teams where we all raised our concerns about whether or not we should start the season on the rescheduled date.

"Fife Flyers as an organisation has come to the conclusion that we cannot viably participate in a season without fans in our arena and so we will not be playing hockey in 2020/21.

"It would be extremely irresponsible of us to rush the return of play to get fans back in the arena to the detriment of their, our staff and our players' safety and that is what must be at the forefront of all our minds when making this decision.

"Although we all want to see skates hitting the ice once again, we cannot do that in a way which risks the safety of everyone involved and leads to a further shutdown.

"We have seen other outdoor sports continue with empty stadiums; it would certainly be a strange experience to not have Fife Ice Arena filled with our passionate fans who have stuck by us for decades.

"We are in a different situation to other sports too in that we compete indoors, which we have heard throughout this pandemic presents a greater risk to fans than being outdoors in a football stadium, for instance.

"It is also well known that we are a gate-based club and running at reduced capacity or with no fans at all is not sustainable for us and most other clubs around the league and that is why we have taken the decision to suspend play.

"For the many years we have been at the club we have never had to take such a difficult decision, but as we have heard on countless occasions we are living in unprecedented times and as such decisions like this are absolutely necessary.

"We know this will come as a disappointment to Fife Flyers fans, but this move will make sure we can survive and Fife can still have an ice hockey club to compete in the 2021/22 season, whenever that may be.

"We would like to thank every single Fife Flyers fan for their patience and support during this time and we hope we will see you in Fife Ice Arena sooner rather than later."

League Chairman Tony Smith said: "We’ve been very open that we need to have fans back in our arenas for us to begin playing again.

"We operate around 75% to 100% capacity at our venues and this is the level of crowds we would need in order to go ahead at any point, which isn’t a realistic option right now.

"Government compliance along with the safety of our players, officials, staff and fans is paramount to this decision.

"If government guidance and support were to change, some teams may be ready to revise their plans to return to play and would need a minimum of 8 weeks to prepare.

"We are looking into the possibility of some form of top level ice hockey in the UK potentially taking place in early 2021.

"This could start in late January or early February and go through into late June, but may not include all teams and again this is dependent on crowds being allowed back inside venues.

"We continue to speak with the Department for Culture, Media and Sport and devolved administrations about their plans for the return of fans to arenas that would enable this to happen, but having a full EIHL season starting in 2020 with ten teams is now beyond us, unfortunately."