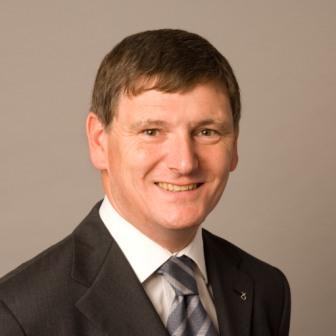 Peter Grant is 54, married to a fellow SNP councillor, they have no children and have lived in Glenrothes for three decades.

This is his second time standing in the constituency, having lost to Lindsay Roy in a by-election in 2008.

Peter was originally a physics teacher before retraining as an accountant. He has a professional qualification in public sector finance and has been a Glenrothes Councillor since 1992.

He was leader of Fife Council for five years and is leader of the local SNP group.

Glenrothes was built in 1948, Scotland's second post-war town, to house miners from the Rothes Colliery. It's the administrative centre of Fife, with the local authority and Fife Division of Police Scotland based in the constituency.

The other major towns and villages here are Methil, Buckhaven and the Wemyss villages, as well as Markinch, Leslie, and Thornton

This area has some of the highest levels of deprivation in Scotland, with many communities among the 5% worst off in the country, and thousands of parents and children using foodbanks over the last two years.

The constituency is home to 22 primary schools and three secondaries.

Former MP Lindsay Roy stepped down after seven years representing the area at Westminster. The seat replaced Central Fife in 2005,  and includes small parts of the Kirkcaldy and Dunfermline East constituencies. Labour have won both parliamentary elections in the 10 year history of the constituency. The party is defending a majority of 16,448, when Mr Roy attracted 62.3% of the vote at the 2010 UK General Election. The SNP won the equivalent seat during the 2011 Scottish elections, before Tricia Marwick became independent in order to become Presiding Officer at Holyrood. A recent by-election swung the local council area committee from Labour to the SNP. The Liberal Democrats and Conservatives traditionally finish third and fourth.

The main constituency issues - in his opinion:

Who else is standing here:

Why Peter Grant thinks you should vote for him: