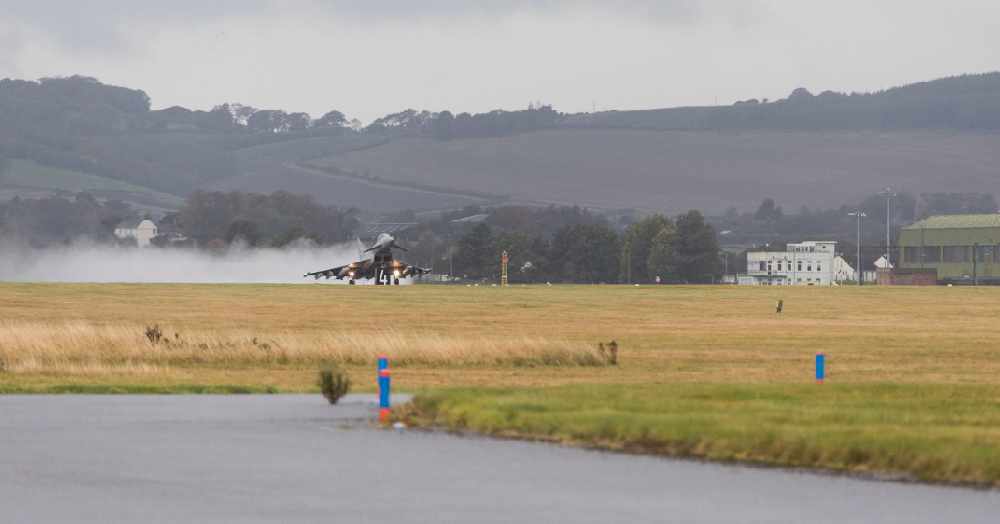 Live-armed Typhoons were scrambled from Leuchars Station in Fife yesterday to intercept two Russian Tu-160 Blackjack bombers as they approached the UK.

The two Blackjacks were detected by Nato air defence radars, and a decision was made to scramble quick reaction alert fighters from the Royal Norwegian Air Force.

Luftforsvaret F-16s from Bodø Airbase intercepted and visually identified the Russian aircraft, shadowing them as they continued south.

As the Russian Blackjacks approached the UK area of interest, a Voyager multi-role tanker transport was launched from RAF Brize Norton. Subsequently, RAF quick reaction alert Typhoons scrambled from their temporary home at Leuchars Station to intercept the two Blackjacks.

"The control and reporting centre at RAF Scampton routed us directly to the Tu-160 Blackjacks so that we could take over the mission from our Norwegian allies.

"Air-to-air refuelling from an RAF Voyager ensured we were able to stay on task until the two Blackjacks departed from the UK’s area of interest."

The Blackjack bombers returned north where they were handed back over to Luftforsvaret Q F-16s, with the Typhoons returning to their permanent home of RAF Lossiemouth.