Two men jailed after £200,000 of heroin recovered in Burntisland and Kirkcaldy 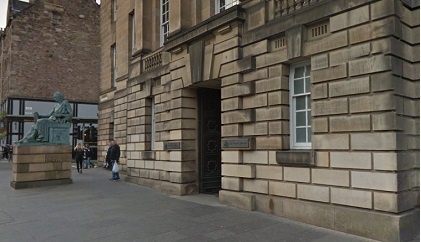 Two men responsible for the distribution of Class A drugs in Fife have been jailed.

At the High Court in Edinburgh on Wednesday 8th May, Mark Sellar was sentenced to five-years and eight-months in prison, while Ian Handyside was given a four and a half year sentence.

Sellar (49) and Handyside (37) were arrested by Fife's Proactive Unit on 21st June 2018 following a proactive operation at addresses in Aberdour Road, Burntisland and Kiln Wynd, Kirkcakdy.

Detective Constable Gillian Drummond from Fife's Proactive Unit said: "Drugs are a blight on our communities and tackling drug crime is one of our top priorities within the Kingdom.

"Both Sellar and Handyside oversaw the distribution of harmful substances onto our streets and thanks to intelligence provided to us from the public, they were brought to justice.

"We want to make it clear that drug offences of any kind will not be tolerated in Fife and these sentences should serve as a reminder of the consequences of being found to be involved in such crimes."