Tributes to police officer who 'delivered so much for Fife' 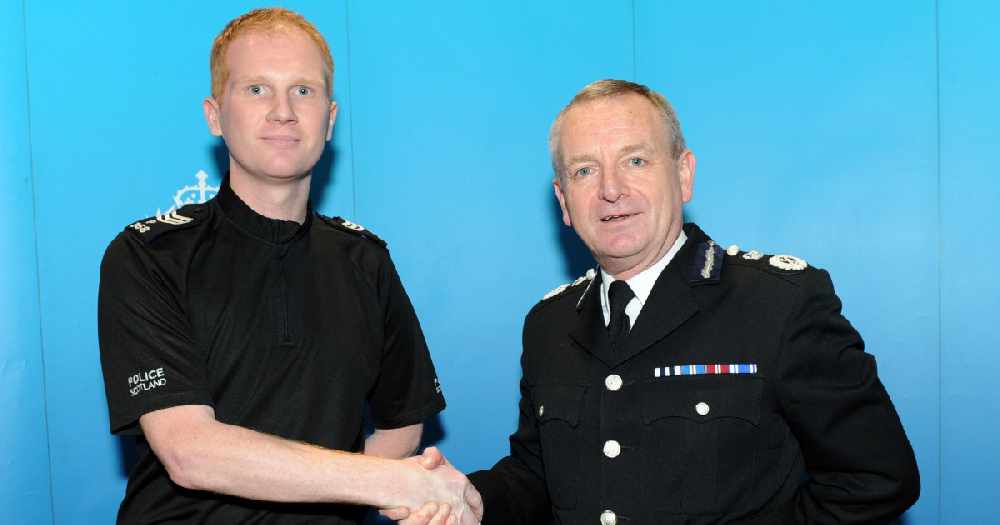 Fife's police area commander has paid tribute to an officer who died after a period of illness.

Chris Mutter had been promoted to the role of inspector by Chief Constable Iain Livingstone last November, while receiving treatment.

In a statement, Chief Inspector Derek McEwan said: "Today Police Scotland and Fife Division bid a fond farewell to our dear friend and colleague Chris Mutter who died on Monday June 29 following a period of illness.

"His death is a great loss to all who knew and worked with him. Chris had such a passion for policing and in November 2019, whilst receiving treatment, Chris was promoted to Inspector by the chief constable, a moment which made Chris and his entire family incredibly proud.

"Chris delivered so much for the communities of Fife, and had such a bright future ahead of him within Police Scotland. He will not be forgotten and his friends and colleagues will pay their respects to him today in their own way.

"Chris is survived by his wife Maxine and his two children, Ethan, 3, and Eden, 1, who are immensely proud of all that Chris achieved but also the messages of support they have received from his many colleagues who so clearly respected him. All our thoughts are with Maxine and the kids at this time.

"His memory will live long in Fife."