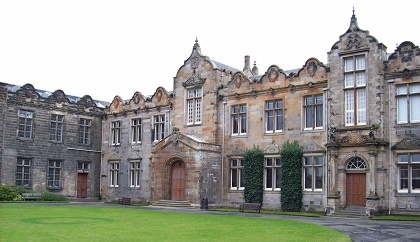 It has been given the accolade in The Times and Sunday Times Good University Guide 2020.

St Andrews becomes only the second university to win the UK University of the Year title twice – the first time was in 2002 – and the only Scottish university ever to be given the accolade.

Overall St Andrews was ranked third behind Cambridge and Oxford in the 2020 Guide.

The guide's editor Alastair McCall said: “St Andrews fully deserves to be mentioned in the same breath as Cambridge and Oxford when we talk about the very best that British higher education can offer. The league table proves it, but more importantly, so do its students, who consistently rate St Andrews the best university for teaching quality.

“One of our oldest universities, St Andrews combines strength in traditional areas of study with cutting edge centres of excellence, such as Europe’s first Centre for Syrian Studies and an Institute of Iranian Studies. Its reputation draws students from across the world to a small town on the Fife coast. When they graduate, they fan back out across the globe and become the university’s greatest ambassadors.

“St Andrews becomes only the second university to win our UK University of the Year title twice and further triumphs seem eminently likely. Oxford and Cambridge need to be on their toes.”