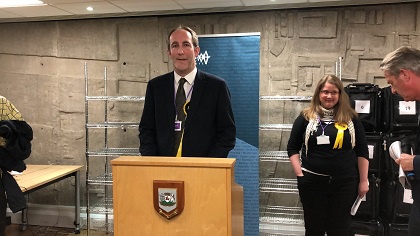 The SNP have taken a seat from the Conservatives in a by-election in Fife.

Conservative candidate Chloe Dodds was second  with 1,142 votes, and the Liberal Democrats' Aude Boubaker-Calder third on 1,050. Labour candidate Michael Boyd was pushed into fourth position on 621.

After his win, Mr Glen said: “As a new councillor, I will need to get up to speed very quickly, but I intend to do that immediately, and with the support and help of my fellow SNP councillors and become as active as I possibly can.

Meanwhile the SNP were also victorious in Rosyth - a seat they previously held.

Sharon Green-Wilson received 1,347 votes - ahead of the Conservatives' Margaret Fairgrieve in second on 768 votes.