'Shocking' amount of litter retrieved from A92 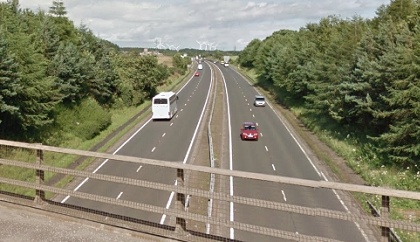 460 bags of rubbish have been removed from one stretch of the A92.

The shocking clean-up on January has prompted calls from councillors to Fifers to tackle their “irresponsibility , uncaring ways.”

The bags were removed from Halbeath, just one one stretch of the busy road which connects the east and west of the region.

Councillors have raised concerns over the amount of litter and illegal dumping  through out Fife.

Councillor Ross Vettraino said that it wasn’t possible to give an exact figure on how much has been dumped at our roadsides.

However, he added: “The A92 at the Halbeath roundabout, was cleaned in January, and 460 bags of litter, together with 20 large items such as car bumpers and tires, and approximately 100 smaller items were removed.

“In the last financial year, 187 fixed penalty notices were issued, 55 of which were for littering and 132 for illegal dumping.”

Councillor Bill Porteus asked: “Has the department got any more ideas for sort of stick-and-carrot methods to stop this waste of council time?”

Cllr Vettriano replied: “Every single piece of litter that we see, and every instance of unofficial dumping, has been deliberately put there by a member of the community. It’s irresponsible, uncaring, but it all depends on attitude.

“Changing attitudes is a profoundly difficult thing to do. All the legislation in the world will not change that attitude. What we need is fresh thinking on the part of the community as a whole.

“I am at a loss to know how to achieve that. I think that we could perhaps do more in our schools to get people used to the idea of not behaving like environmental vandals.”