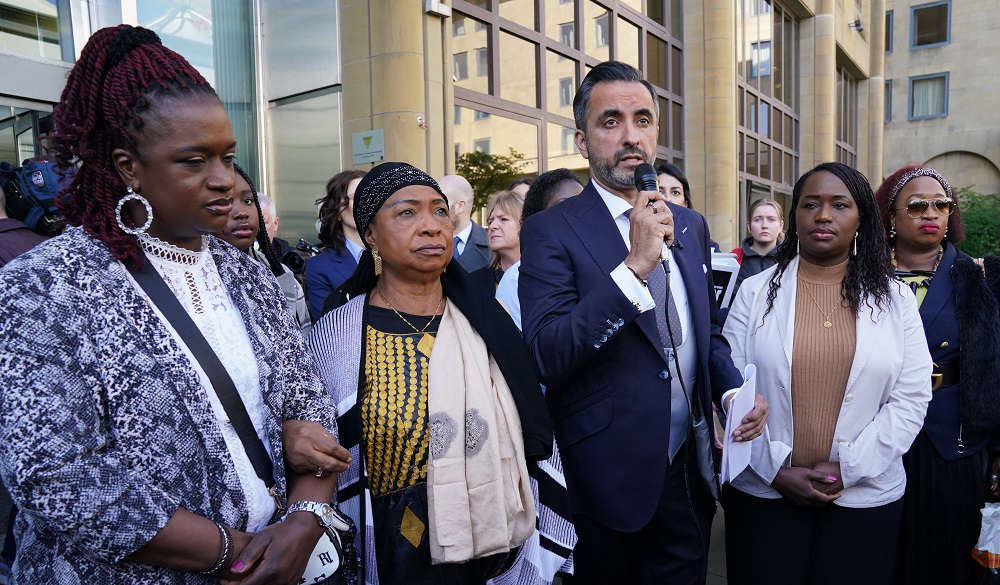 Pictures: PA Wire/PA Images (except one of Sheku Bayoh, which is a family handout via PA)

The sister of Sheku Bayoh has told how she no longer feels safe in Scotland after her brother died in police custody.

Kadi Johnson spoke briefly at the start of an public inquiry into the death of her brother seven years ago.

She told the hearing in Edinburgh: "I don’t feel safe anymore here in Scotland. I feel nervous and worried for my children, I fear for the safety of my nieces and nephews. Why should I have to feel this way?"

Her comments came after claims that the police, their watchdog and the Crown Office operated an "unholy trinity of dishonesty, racism and incompetence". 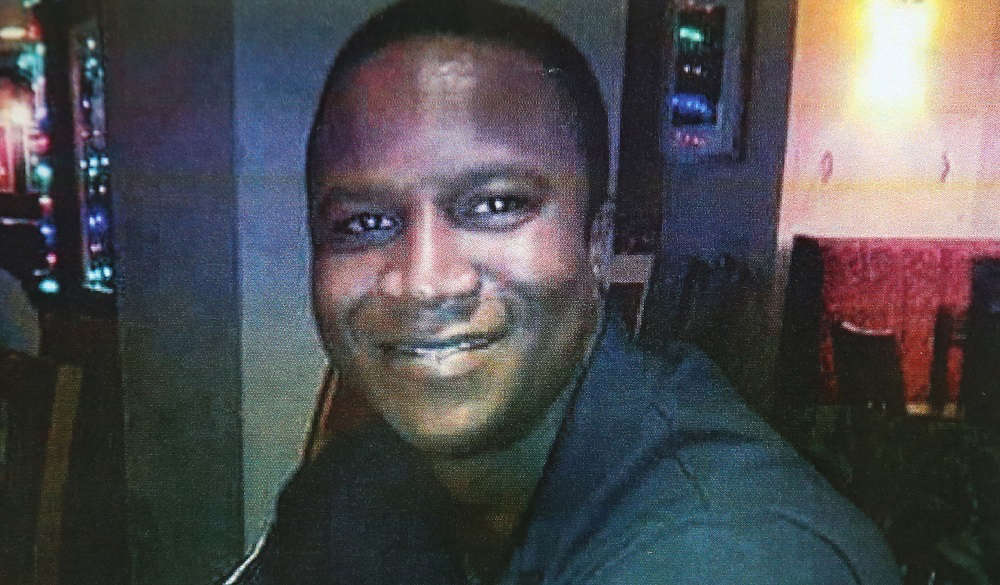 Aamer Anwar, the solicitor representing Mr Bayoh’s family, spoke out just before the inquiry – which is examining the death of the 31-year-old trainee gas engineer in May 2015 – got underway.

And Mr Anwar, challenged the police officers involved to give a full testimony if they had nothing to hide.

The public inquiry, chaired by Lord Bracadale, is set to examine the circumstances leading up to the incident, and the following management process and investigation into the death.

It will also look to establish the role the father-of-two’s race may have played in his death. 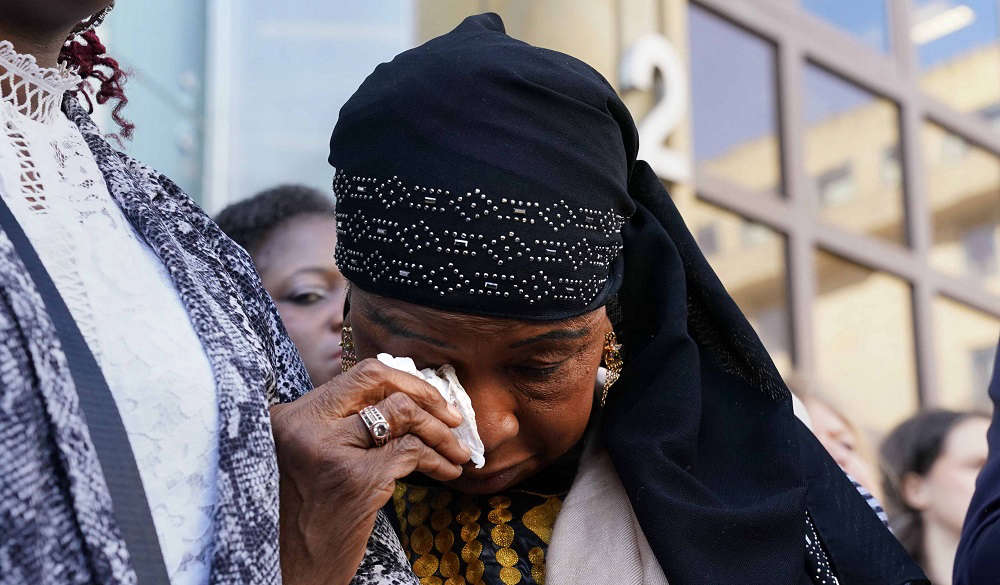 Mr Anwar said the inquiry would have never happened had it had not been for the "courage and perseverance of Sheku’s loved ones who have refused to walk away, be silenced, bullied or patronised".

"Over the years, it has become clear to the family that the police, Pirc (the Police Investigations and Review Commissioner), and Crown Office, has operated an unholy trinity of dishonesty, racism and incompetence, betraying the word justice," he told a press conference.

"Kadi Johnson has no doubt that the way Sheku or her family were treated by the justice system would not have happened had Sheku been white, their treatment was compounded by repeated attacks from those who remain in a child-like denial about the existence of racism in policing today.

"Kadi has described Skeku as Scotland’s George Floyd, but taking the knee and Black Lives Matter will mean nothing if Scotland fails to support justice for Sheku."

Mr Anwar added: "In less than 50 seconds of the first police officers arriving, Sheku Bayoh was brought to the ground, he was handcuffed and restrained with leg and ankle cuffs, and would never get up again, losing consciousness and dying.

"As Kadi said, when they put her brother’s lifeless body in the ambulance, he was still shackled like a slave, with over 24 separate injuries, cuts, lacerations, bruises and a broken rib."

No charges have been brought because of his death, but Mr Anwar said the family felt if the police officers involved had nothing to hide they had "nothing to fear from coming and giving a full and frank testimony to the inquiry".

He said the "real test of this inquiry" would be “whether this country acts to ensure that real change takes place in an unaccountable, all powerful justice system”.

"Sadly, Sheku is not by any means to first man to die in police custody but, if anything, I hope that his name does not fade from memory and that one day the name of Sheku leaves us a legacy that his children can be proud of," he said. 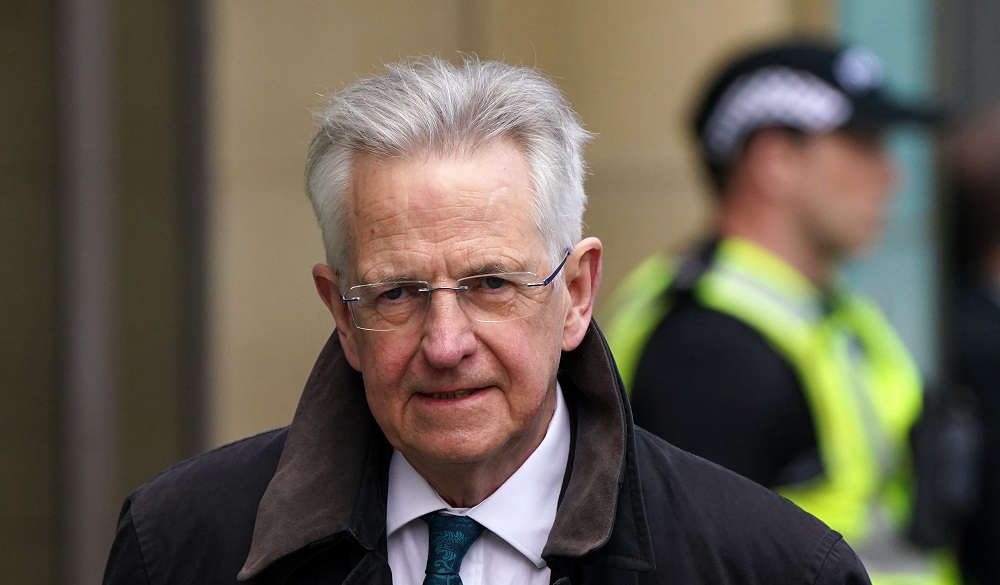 The public inquiry, which is being held at Capital House, Edinburgh, began with a minute’s silence, with Lord Bracadale saying: "The focus of today is on Sheku Bayoh himself and what he meant to those he left behind."

His mother, Aminata Bayoh, was also present after travelling to Scotland from Sierra Leone. 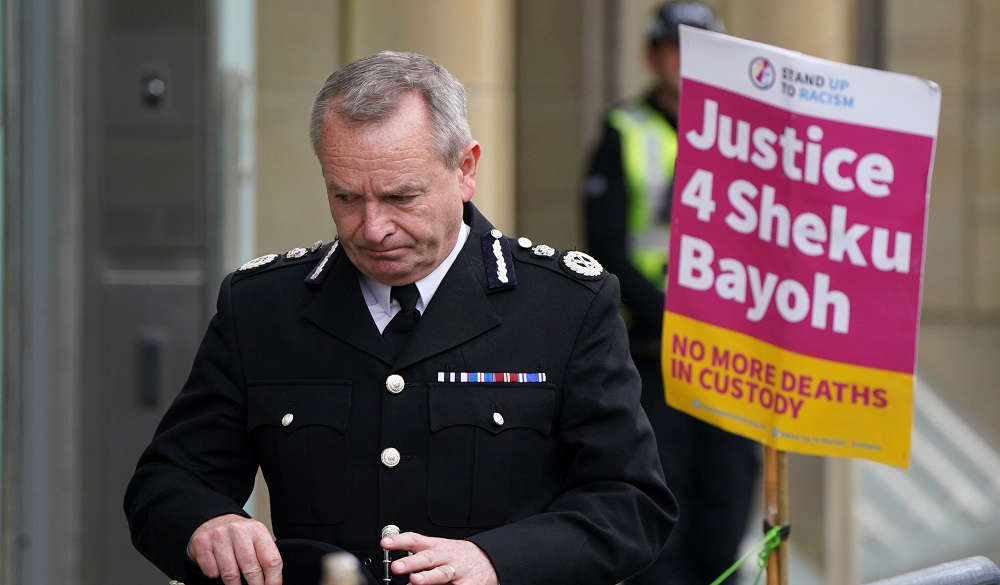 The room was packed with other relatives, and friends, as well as members of Police Scotland, including Chief Constable Iain Livingstone.

Ms Bayoh said: "Seven years since we lost our brother, the pain is still there.

"I miss him so much, we will carry on to make sure his legacy lives on."

Ms Jalloh, before breaking down into tears, said: "Shek was a fun, loving, cheeky boy. There was no doubt he was a mummy’s boy."

Ms Johnson then took over and read the rest of her sister’s statement which added: "And a thing that was unquestionable was that he loved his family.

"Nothing mattered to Shek when he was with his two sons. They were his world. And there was never a dull moment when Shek was around."