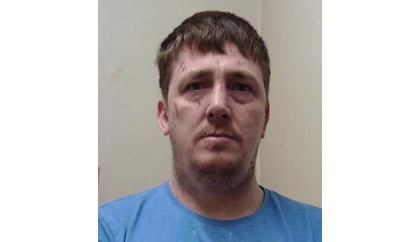 Police in Fife say they welcome the sentencing of a serial abuser who attacked women and children over more than two decades.

James Whitton Kerr, 41, has been sentenced to 13 years and six months in prison.

Kerr carried out the abuse against the children at various addresses in Dunfermline between 1991 and 2015. He also violently assaulted two women between 1998 and 2019.

Detectives from Police Scotland’s public protection unit in Fife began an investigation into Kerr after a woman came forward to report the non-recent  abuse Kerr had subjected her to. He was subsequently arrested and charged in June last year.

Detective Constable Ross French from the PPU said: "I would once again like to thank the victims in this case who assisted our officers with this investigation. It is not easy reliving these types of incidents, however by doing so it has meant that Kerr now has to face up to the consequences of his actions.

"I hope that his conviction and sentence will serve to bring some form of closure to his victims but I also hope that it sends a clear message to others that there is no place for this type of behaviour.

"James Kerr subjected the children involved in this case to horrific levels of sexual abuse and subjected two women to serious physical violence. I would like to take this opportunity to urge any man, woman or child who has or is being subjected to any form of abuse or harm to please get in touch with police and report it.

"We treat all reports of sexual crime seriously, no matter when the offence happened, with the utmost professionalism and sensitivity and we will thoroughly investigate in order to bring perpetrators of such crimes to justice.

"With the aid of partner agencies, there is also help available to assist victims to break free from these types of harmful situations. If you or someone you know is a victim of abuse please do seek the courage to report it."