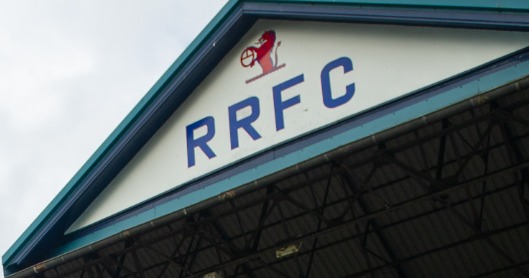 Raith Rovers are considering a boardroom reshuffle after the angry backlash over the signing of David Goodwillie.

First Minister Nicola Sturgeon, crime writer and high profile fan Val McDermid, and the club’s own women’s team were among those to voice their outrage at the deadline day signing of Goodwillie – who was judged to have raped a woman by a civil court.

The club apologised for the move and said the 32-year-old would never play for them, adding in a statement that the board “bitterly regret” the episode.

On Tuesday, a further statement said the club were looking at potential changes to its board.

“We have also commenced consultations on a thorough review of the composition (of the) board of directors of the club, with a view to broadening the experience and expertise of the Board and to ensure that all our stakeholders are fully represented,” the statement said.

“We will complete this by the end of the season and we will then communicate the results.

“Meanwhile, the remaining four board members, the CEO and all club staff are fully engaged on keeping the club going through this difficult time.”

Talks remain ongoing to settle the two-and-a-half-year contract signed by Goodwillie with the club, the statement said.

“We ask that everyone takes cognisance of the fact that a number of legal and financial issues are still being discussed with concerned parties, and as such we are restricted to the extent of information we can share at this time.”

Signed by the board of directors and CEO, the statement again apologised.

“The past two weeks have been an awful period in the club’s long and proud history and, once again, we want to say sorry for the damage that has been caused and to those affected in any way by the issues raised,” they said.

“We fully acknowledge that there is still a long journey ahead of us to reach a position where the many thousands of people who are part of the Raith Rovers family feel they have trust and confidence in those of us who take the day-to-day decisions at the club.”