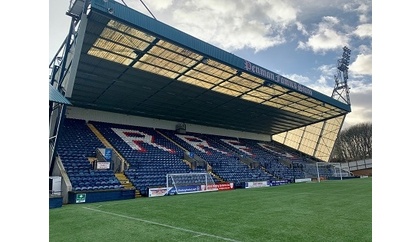 Raith Rovers say David Goodwillie will not be selected by the club and discussions will start with regard to his contract.

The club have apologised to its fans, players, sponsors and wider community for the upset caused since the player's signing was confirmed on Monday night.

Supporters have expressed their anger about his signing since.

The club's chairman has released a statement this morning, emphasising that the Championship side got the decision wrong.

He vows that the club will do everything it can to regain the trust of the Raith Rovers family.

The statement reads: "I firstly want to apologise wholeheartedly to our fans, sponsors, players and the wider Raith Rovers community for the anguish and anger caused over the past few days.

"We got it wrong.

"In reaching our original decision, we focused far too much on football matters and not enough on what this decision would mean for our club and the community as a whole.

"Over the past couple of days, we listened carefully to the fans who have got in touch and I’m very grateful for their honesty.

"As chairman, as a board and as a management team, we have all learned a hard but valuable lesson.

"This very unfortunate episode is something that we all bitterly regret and we are now wholly committed to making things right.

"I can therefore confirm that, following a meeting of the Raith Rovers board, the player will not be selected by Raith Rovers and we will enter into discussions with the player regarding his contractual position.

"We share a desire to do what is best for our club and will be doing everything in our power to regain the trust and confidence of the Raith Rovers family."

Val McDermid, who was arguably one of the club's most well known fans, announced the end of her lifelong support for the club on Tuesday.

The well known crime author also said that she was cancelling next season's sponsorship and branded the decision to sign Goodwillie as "disgusting and despicable".

She has given her reaction to the news on Twitter: