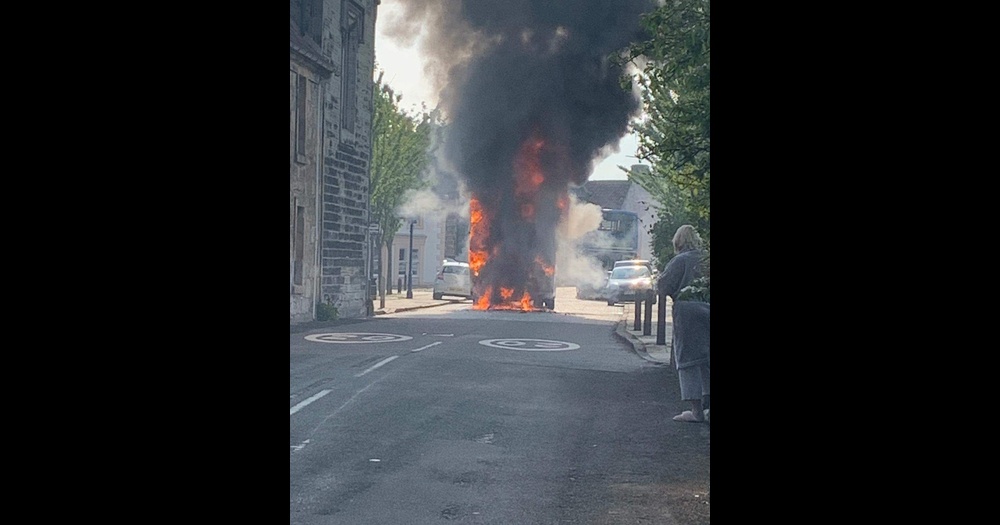 School pupils escaped injury this morning when their bus caught fire in a Fife village.

The coach was travelling through Culross when it went up in flames.

Fire crews were called at around 8.15am. The fire service says all passengers were evacuated before the blaze took hold and there were no injuries.

Fifteen youngsters were on board at the time.

David Phillips, operations director for First Midland, said: "I can confirm that one of our vehicles was involved in a thermal incident today entering Culross on Low Causewayside.

"We have emergency procedures and training in place for this sort of incident. Passenger safety is at the forefront of everything we do, and our driver must be commended for his prompt action that prevented any injuries whatsoever with all passengers being swiftly and safely evacuated.

"The emergency services were alerted immediately, and a full internal investigation is now underway to establish the root cause of the incident. This incident has been reported to the DVSA."

Shelagh McLean, head of education and children's services, said: "I can confirm there was a fire on one of our school buses travelling to Dunfermline High School this morning.

"Fifteen children were on board, and all were evacuated safely. No one was injured. They've been taken to school by another bus and have arrived safe and well."