Public inquiry into death of Sheku Bayoh to begin next week 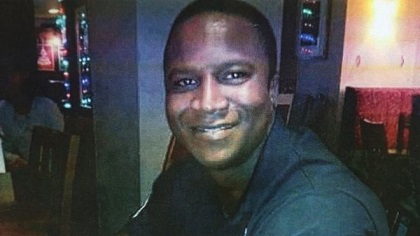 The independent public inquiry into the circumstances surrounding the death of Sheku Bayoh in Kirkcaldy will begin on Monday, Justice Secretary Humza Yousaf has announced.

Mr Bayoh was 31 when he died after being restrained by police officers in the town in May 2015.

The Right Honourable Lord Bracadale, retired senator of the College of Justice, will lead the statutory inquiry and will announce how it will proceed in due course.

The justice secretary also appointed Michael Fuller and Raju Bhatt as assessors to support Lord Bracadale with their knowledge and experience in their individual areas of expertise, as well as on race and diversity issues during the preparation, oral hearings, decision making and report writing phases.

The inquiry does not ascertain any criminality, but assesses any factors that may have led to Mr Bayoh's death.

Mr Yousaf said: "The family of Mr Bayoh have shown remarkable dignity and perseverance during their five-year wait for an inquiry into the death of Sheku.

"I hope that today’s announcement gives them comfort and reassurance that the circumstances surrounding his death will be examined in a public and transparent manner.

"Lord Bracadale and I worked closely together in selecting the assessors and we agreed that Mr Fuller and Mr Bhatt would provide extensive levels of experience and expertise to the inquiry.

"The formal start of the inquiry is a key milestone and I am confident the assessors will ably assist the chair to consider issues relevant to the terms of reference.

"The inquiry will examine the circumstances leading up to the death of My Bayoh, the post incident management process and subsequent investigation. The inquiry will also establish the extent to which Mr Bayoh’s actual or perceived race played a part in events, if any."