Police seek witnesses after assault of woman in a Dunfermline park 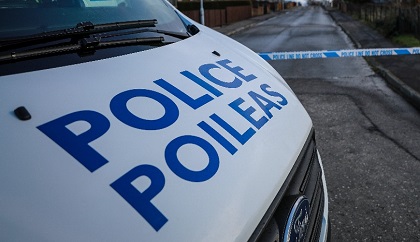 An attack on a 25-year-old woman in Dunfermline's Pittencrieff Park is being treated by police as assault with intent to rape.

The incident happened at around 6:20am yesterday morning.

Police Scotland said while the woman didn't end up with serious injuries, she has been left very shaken and is upset.

She walked into the park when a man, who came in from Pittencrieff Street, followed her.

He pushed her to the ground, before she struggled with him.

The man ran off in the general direction of Peacock Sanctuary.

The suspect is described as around 30 to 40-years-old, average build, between 5 foot 7 to 5 foot 9 in height and is said to have short dark hair.

He was wearing black round glasses, dark clothing and dark running shoes.

Detective Inspector Kelly McEwan, who is based at Glenrothes, said: "The woman wasn't seriously injured in this attack but she is extremely shaken and upset.

"We're appealing to anyone who may recognise the description of the man or saw someone similar to that description in or around the park on Sunday morning to contact us."