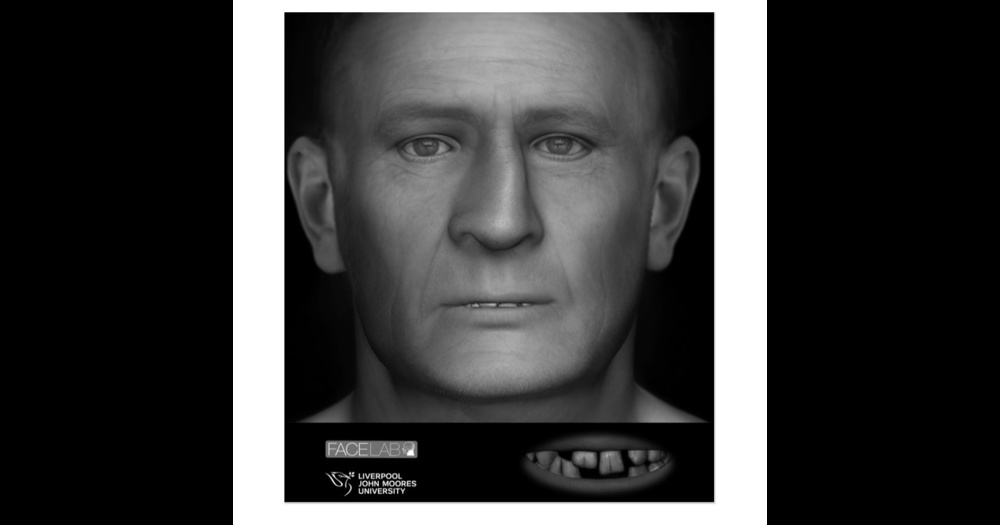 A facial reconstruction of human remains found on an industrial estate in Glenrothes has been released by Police Scotland - in the hope of identifying the man whose death remains unexplained.

The remains were found on Sunday September 27 inside a unit on the estate in Whitehill Road, and so far officers have been unable to find out who he is or what happened to him.

So far forensic work has indicated that he was aged at least 35, and probably significantly older, of slight build and around 5ft 8ins. He had lost a number of teeth during his life and had a surgical plate fixed to his left ankle sometime between late 1998 and early 1999.

It has been established that plates bearing this batch number were acquired in the UK by hospitals in Fife, Sheffield and Ashford, Kent, in December 1998 and the plate may have been fitted during surgery carried out at a hospital in one of these areas.

Officers sought specialist assistance for a facial reconstruction to be carried out and they now hope that someone may recognise the man and help find out what happened to him.

Detective Chief Inspector Kevin Houliston, the senior investigating officer, said: "Missing person reports across the UK have been checked and enquiries made with health authorities in relation to the surgical plate without success to this point.

"The work done by Face Lab at Liverpool John Moores University has provided us with a representation of the man’s face based on details from the remains that were found.

"I hope that people will take a look and see if they recognise this man whose remains have been on the estate for a period of time. We want to be able to reunite him with his family and also find out what happened to him.

"There are a number of distinguishing features, including the fact that he had a fractured left ankle with a surgical metal plate, and missing teeth.

"If the face, or any of the details that are mentioned today, jogs anyone’s memory then please get in touch with Police Scotland by calling 101, quoting incident number 2692, of Sunday September 27 202."

Anyone with information can make a call anonymously to the charity Crimestoppers on 0800 555 111. Please get in touch if you can help. Information can also be sent by email to operationrimau@scotland.pnn.police.uk or submitted through the Major Incident Public Portal (MIPP) website via https://mipp.police.uk/operation/SCOT20S26-PO1.