Person pronounced dead at the Forth Rail Bridge 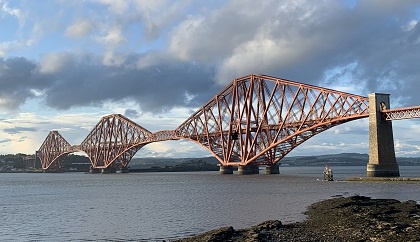 British Transport Police have confirmed a person is dead at the Forth Rail Bridge this morning.

Officers rushed to the scene at around 7:20am after a report of a casualty near the tracks.

The force says enquiries have been launched to establish the full circumstances behind the person's death and why they were near the railway.

Meanwhile, ScotRail reported train services between Fife and Edinburgh were affected as both lines were blocked at the bridge.

Replacement buses have been operating.

"Officers attended, but sadly a person was pronounced dead at the scene.

"Officers remain at the scene and enquiries are currently underway to establish the full circumstances behind the person’s death and how they came to be near the railway."