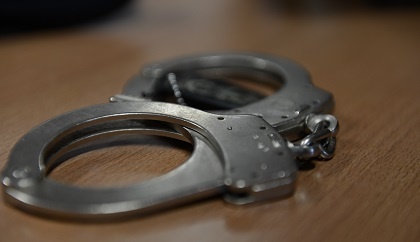 The man in custody managed to get away from GeoAmey staff this morning.

A helicopter search has been launched after a prisoner absconded from Dunfermline Police Station.

The 33-year-old escaped from GeoAmey staff at around ten past nine this morning.

A Police Scotland spokesperson said: "Police in Fife are carrying out search activity in the Dunfermline area after a 33-year-old man escaped from GeoAmey staff and made off from Dunfermline Police Station at around 9.10am on Monday 19th August.

"Inquiries to trace this male are ongoing."

MSP for Dunfermline Shirley-Anne Somerville says:“This incident is very concerning and I hope the individual is apprehended as soon as possible”

“I received an update from Police locally, who I am confident will be doing all they can to trace this individual”

“Quite frankly, incidents like this should not be occurring, GeoAmey have to take full responsibility and explain why a routine prisoner transfer has gone so wrong”

“GeoAmey must recognise the concern this incident has caused to the general to public, and the financial cost this manhunt will have in terms of the Police resources being used”.