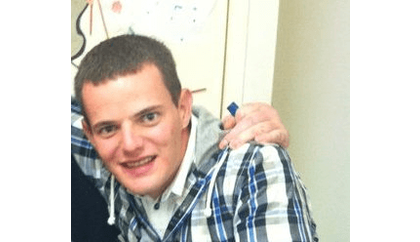 Allan Bryant, 23-years-old at the time of his disappearance, was last seen leaving a nightclub near his Glenrothes home in November 2013

The father of a missing Fife man is handing over a petition with more than 10,000 signatures to the Justice Secretary.

Allan Bryant Senior wants a meeting with Humza Yousaf as soon as possible to discuss his concerns regarding the police's investigation into his son's disappearance.

Allan Bryant, 23-years-old at the time of his disappearance more than six years ago, was last seen leaving a nightclub near his Glenrothes home in November 2013.

Police Scotland says the investigation is continuing and the force wants anyone with any information to contact them at the earliest opportunity.

"Any new information that officers receive will be fully investigated.

"I would again urge anyone that may hold information that could assist us, to come forward as soon as possible.

"Anyone with any details about Allan's movements after he left Styx nightclub on Caskieberran Road in Glenrothes on Sunday 3 November 2013 should contact Police Scotland through 101 or e-mail OperationToner@scotland.pnn.police.uk

"Alternatively Crimestoppers can be contacted on 0800 555 111, where anonymity can be maintained."

We've contacted the Scottish Government for a response.