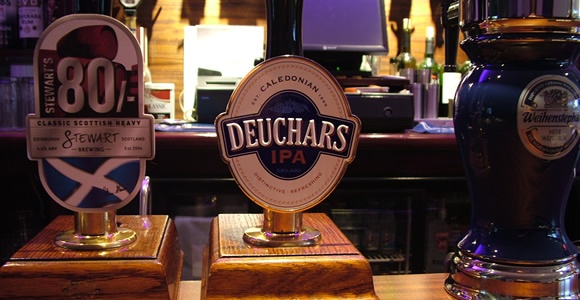 Police have claimed that a Kirkcaldy pub was used as a front to “store and supply controlled drugs”.

The statement was made to Fife Licensing Board as it removed the licence held by Andrew  Holder for the Kirk Inn.

Mr Holder did not attend. His hearing had previously been postponed three times.

The drugs claims were put to councillors by Sergeant Gordon Hood.

There were a number of complaints including underage drinking, the use and sale of drugs and mass public brawls inside and outside the bar, as well as noise and hygiene complaints.

After this, police received a tip off that the bar was being used to store and supply drugs.

During the search, police noticed the poor state of hygiene and called environmental health officers. The bar was found to have vermin and was barred from selling food and drink until the infestation was dealt with.

In December, there were three separate complaints that the pub was allegedly allowing under-18s to drink in the bar.

On December 4, a 17-year-old youth was involved in a hit-and-run outside the pub. He told police he couldn’t remember if he had been served at the bar.

On December 28, a 16-year-old youth was found lying in the street, so drunk that an ambulance had to be called.  When police questioned Mr Holder, he said that no one underage would have been served in his bar as staff regularly checked ID, but added he no longer had door staff as he couldn’t afford them.

David Elliot, owner of the Kirk Inn, was invited to a meeting with the police, but, the board was told, officers noted there was a “lack of willingness or ability” to deal with the ongoing issues. He had his own alcohol licence suspended for six months at a board meeting in January.

Sergeant Hood added: “The Kirk Inn was the only problematic premises in Kirkcaldy during the festive period.”

At the meeting Councillor Ryan Smart moved that Mr Holder’s licence be revoked due to him being not fit and proper to hold one.

He added: “This is absolutely tragic that it has got to this point. I’m sorry the people in Kirkcaldy have had to put up with this.”