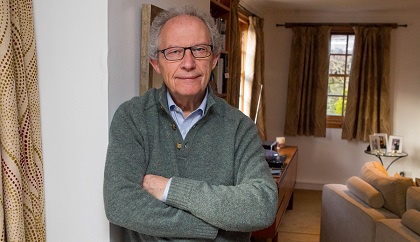 But while he is sympathetic with league reconstruction, Mr McLeish doesn't think it should take place during the current Covid-19 crisis.

He played for East Fife and Leeds United when he was a footballer and carried out a review into Scottish football a decade ago.

Mr McLeish wants to see the best out of the game in Scotland, but believes football's authorities north of the border are 'too defensive' and need to reach out by involving supporters, the wider country and government.

We've contacted the Scottish FA for a response, but the SPFL declined to make a comment.

Meanwhile, he is also calling for investment in Scotland's national team and hopes that will result in the men's team finally reaching a major finals for the first time since 1998.

In that year, Craig Brown's team went to France to take part in the World Cup, but a men's national side hasn't qualified for a major finals since.

The women's national team ended a 19 year run of Scotland not being at a major finals in 2017, by playing in the European Championships in the Netherlands under then manager Anna Signeul.

Her team hope to get the chance to reach the 2022 European Championships in England, originally scheduled for next year before it was pushed back by a year, once the pandemic has passed and football resumes.

In the remaining part of our interview with the former First Minister, he told our reporter Anas Hassan about his thoughts on the future of the game in Scotland:

On Monday earlier this week, the Premiership season for 2019/20 ended early.

It meant Celtic were crowned champions and Hearts were relegated to the Championship.

But the Tynecastle club's owner Ann Budge is reportedly finalising league reconstruction plans, which could be ready tomorrow.

It might mean the Jambos could still be playing in a restructured top flight next season, if the proposals are agreed to by the other clubs.

Last month, Raith Rovers were crowned League One champions after the SPFL's lower leagues came to a close early for this season.

At the same time as the Kirkcaldy side securing promotion, Dundee United were declared Championship title winners.

Cove Rangers were made champions of League Two.