Freezing is 'common and normal' for sex assault victims 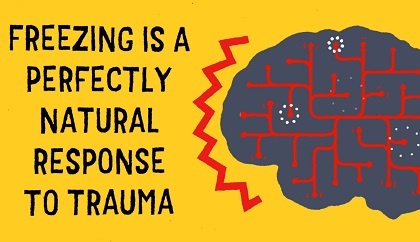 A charity working with rape victims says freezing is a common and natural response to sexual assault - and that public perceptions need to change.

Rape Crisis is joining politicians and police chiefs in Scotland in a campaign to give victims the confidence to report their attack.

The number of sex crimes recorded in Scotland has gone up in the last year.

"Many of us think that we know how we or other people would respond to rape, but the truth is there is just no knowing.

"Responses to rape can be so very different to how we would expect or imagine that some people find them hard to believe.

"Survivors of rape often tell us that they just froze, that they couldn't move, or cry out.

"This is a normal response to trauma.

"We hope that the ‘I just froze’ campaign shows exactly why it’s so important that everyone understands this; because one day someone, maybe a friend, partner or family member, might tell you that they have been raped.