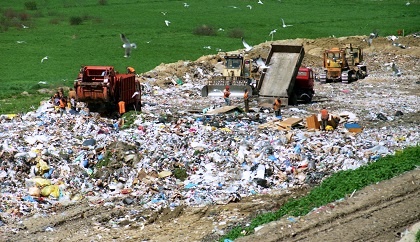 Households across Fife are being asked to ensure rubbish is disposed of in the correct bins.

It as figures show more than £2 million is spent per year to process waste which has been incorrectly thrown away.

Food and garden waste put in blue bins made up more than a quarter of Fife's total landfill waste in 2017, which is 12,000 tonnes.

More than a million pounds had to be spent on both processing this and paying landfill tax.

"That is money that the council could have spent on other services, on essential services, such as social work or education or roads maintenance."

Councillor Vettraino also thinks there are no excuses for households across Fife to put certain types of waste in the right bins.

He added: "There can absolutely be no doubt about where glass and food and garden waste should go.

But despite the challenges the local authority faces, the Glenrothes Central and Thornton councillor is optimistic Fife can meet Scottish recycling rate targets of 70% by 2025 and hopeful future generations will be more environmentally conscious.

He also said: "If we can get education established in the primary schools so that people are growing up naturally respect the planet and put the right refuse in the right place, I think that will help greatly."