Fife man sentenced to 25 months in jail over Anstruther robbery 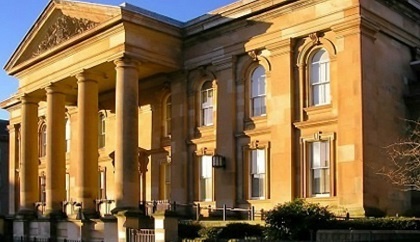 A Fife man has been jailed for more than two years for a robbery at a convenience store in Anstruther.

George Blackwood, 36, walked into the A&A store brandishing a knife and demanding money.

Shopkeeper Rhona Renauld was stacking shelves when Blackwood walked into the shop, and confronted the attacker, pulling down the black tights covering his face and saying: "I knew fine well it was you."

She initially refused to give Blackwood the money, but eventually handed over a plastic pouch containing £100 after the 36 year old's continued demands.

Blackwood was arrested by the police shortly after. He was found hiding behind the kitchen door at a friends house.

Dundee Sheriff Court heard that Blackwood had taken Valium and Alcohol prior to committing the offence.

When handing out the sentence, Sheriff Alastair Carmichael said: "I've taken into account the mitigating circumstances but this was a deliberate assault and robbery.

"You had your face masked. This would have caused the complainant considerable concern.

"Although she acted with bravery, police said she was distressed."