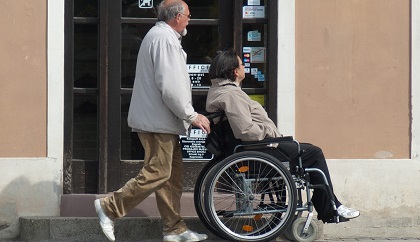 Unpaid parents are being given extra money

Unpaid carers in Scotland are being given an extra £442 per year in an extention of the Scottish welfare system.

It works out as an additional £8.50 per week for people looking after a loved one without pay.

Powers over social security are among those devolved to Holyrood under the Smith agreement, after the 2014 independence referendum.

Anyone who claims the Carers Allowance at the moment will be entitled to the new supplement, which is being backdated to April 2018.

Cabinet Secretary for Social Security, Shirley-Anne Somerville, said: "Making these payments will represent a historic moment, launching a new public service that will deliver a social security system that treats people with dignity, fairness and respect.

"We recognise the important contribution carers make, and we believe the current total paid out to them is not enough.

"This supplementary payment allows us to get more money in the pockets of carers in Scotland as quickly as possible.

"We have always made clear we believe that we think Carer’s Allowance should be the same rate as Jobseeker’s Allowance.

"Having new powers over social security means we can make this a reality and this additional payment is in recognition of  the important contribution carers make to society."