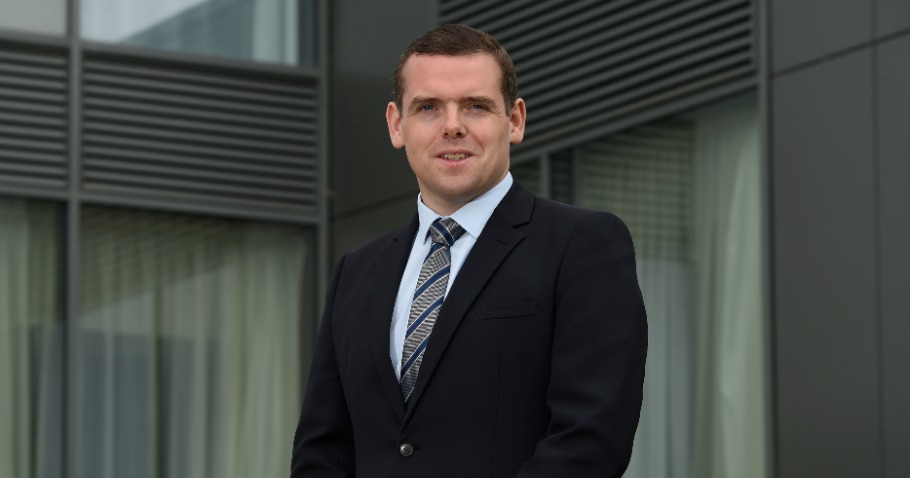 Scottish Tory leader Douglas Ross has U-turned on his demand for the Prime Minister to resign.

The MP for Moray led the calls for Boris Johnson to step down over the partygate saga, which led to 12 allegations of lockdown breaches being investigated by police, and a spat with the UK Government.

But Mr Ross said the middle of an international crisis “is not the time to be discussing resignations”.

Opposition have accused the Scots Tory leader of having the “backbone of a jellyfish” in light of his decision announced on Thursday.

It comes after it was confirmed Mr Johnson will attend the Scottish Tory conference in person next week “to speak about the war in Ukraine”.

Mr Ross said: “The middle of an international crisis is not the time to be discussing resignations, unless it’s the removal from office of Vladimir Putin.

“There will be a time and place to debate partygate but, as even [UK Labour leader] Keir Starmer said at the weekend, we should put that on pause while there is war in Europe.

“It’s essential that we all fully support what the UK Government is doing.

“In light of Russia’s appalling actions, the Government and Prime Minister need our backing, and they have mine and the whole Scottish Conservative party.

“We should all be focused on what we can do to help the Ukrainian people in any capacity.”

Scottish Labour leader Anas Sarwar said: “We are right to be defending democracy in Ukraine, but that doesn’t mean we stop doing democracy at home.

“This is a Prime Minister that has broken his own laws and shown contempt for the people of the UK.

“Douglas Ross should not be using the Ukraine crisis to go back on his principles.

“He knows Boris Johnson is not fit to be Prime Minister.”

Scottish Liberal Democrat MSP Willie Rennie said: “Douglas Ross and the Scottish Conservatives have the backbone of a jellyfish.

“Their limited welcome betrays a deep embarrassment that they are lumbered with a Prime Minister that they are ashamed of because of his double standards over parties in Downing Street.

“It is difficult to change Prime Minister in the midst of an international crisis when we should be focusing on assisting the people of Ukraine, but he should have been gone long before now.”