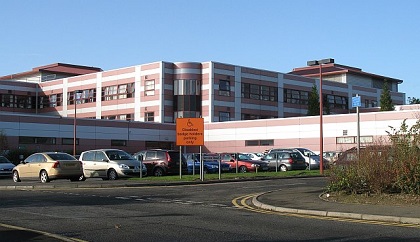 There are fresh calls to reinstate A&E services at Dunfermline's Queen Margaret Hospital.

It is after a motorist fell ill behind the wheel outside the Queen Margaret, but was taking to the Victoria Hospital in Kirkcaldy instead.

Conservative councillor Gavin Ellis has written to the health secretary Jeane Freeman, urging the Scottish government to carry out a review.

He said: " I, like many other residents, feel the time is right to have another look at the A&E facility at Queen Margaret. I don’t think this is good enough anymore and neither do many residents.

“The Victoria cannot continue to carry the burden alone.

“All I am asking for is a review that takes our future growth on board and that all scenarios will be looked at regarding future health provision.”

“Health boards and integration authorities understand our clear expectation that they must ensure their emergency care provision best meets the needs of the people in their area.

“NHS Fife has been repeatedly clear of its ongoing commitment to the provision of acute services in Dunfermline.”