Coronavirus: makeshift hospital to be named after nurse who worked in Fife 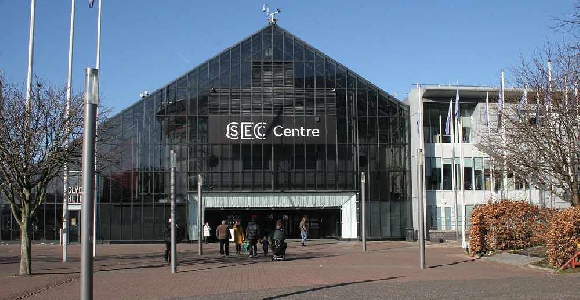 The new NHS Scotland medical facility being created at the Scottish Events Campus (SEC) in Glasgow is to be called NHS Louisa Jordan - after a nurse who worked in Fife.

Health Secretary Jeane Freeman announced the temporary hospital will be named after Sister Louisa Jordan, a First World War nurse who died on active service in Serbia in 1915 while providing much-needed care to an area of dire need as part of the Scottish Women's Hospitals for Foreign Services.

Born in Maryhill, Glasgow, Louisa signed up to the war effort in December 1914 while working as a Queen's nurse in Buckhaven. She is commemorated on the Buckhaven War Memorial and at Wilton Church in Glasgow.

The people of Serbia gather each year to commemorate the courage and sacrifice of Sister Jordan and her colleagues.

Ms Freeman said:"Sister Louisa Jordan, born just a couple of miles north of the SEC in Glasgow's Maryhill, served with great bravery and distinction in the Scottish Women's Hospital in Serbia during the First World War. She is a person who has perhaps up until now been better remembered in Serbia than in Scotland. This hospital is a fitting tribute to her service and her courage.

"I want to thank the many clinical, operational and construction staff who have been on site at the SEC alongside the army, developing this new temporary hospital. Their work will ensure that, if required, this facility will provide extra capacity for NHS Scotland.

"I hope this new hospital will not be needed - but we must prepare for every eventuality. The public's contributed efforts to stay at home, in addition to the other measures implemented and the steps we are already taking to increase capacity within existing hospitals are all aimed at making sure NHS Scotland can cope with the expected surge in patients. NHS Louisa Jordan will ensure there is even further capacity if needed."