Richest and poorest children in Fife separated by matter of miles 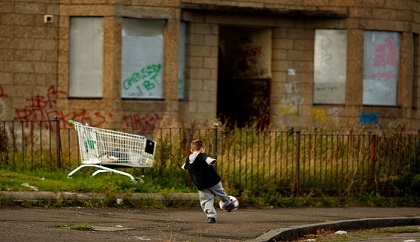 One in four children in Fife are living in poverty

Just 17 miles separate the poorest and richest children in Fife.

New figures show 15% of kids in Cupar are living in poverty, which is defined as being in a family living on less than 60% of median household income, or below £248 per week.

But that rises to over 38% in the Kirkcaldy East ward, which includes Dysart, Smeaton and Galatown.

That figure rises to 36.62% of children in Buckhaven, Methil and Wemyss Villages, and 38.68% in Kirkcaldy East.

Sam Royston, Chair of End Child Poverty and Director of Policy and Research at the Children’s Society, said: "It is scandalous that a child born in some parts of the UK now has a greater chance of growing up in poverty, than being in a family above the breadline.

"There can be little doubt that the Government’s policy of maintaining the benefits freeze despite rising prices is a major contributor to the emerging child poverty crisis.

"‘No family in modern Britain should be struggling to put food on the table, heat their homes and clothe their children.

"End Child Poverty is calling on the Chancellor to end the freeze on children’s benefits, and to invest in interest free credit for low income families, to ensure that poverty doesn’t result in spiralling debt."