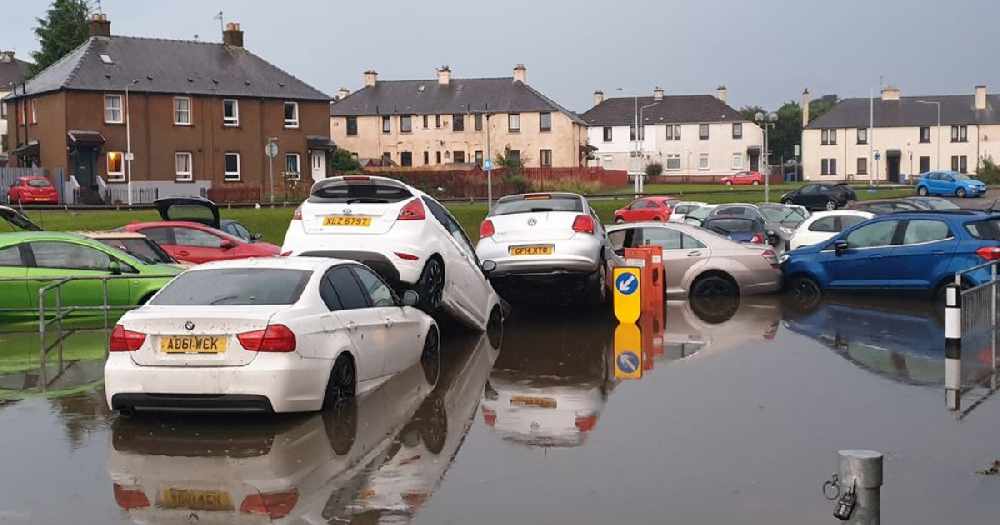 A major incident has been declared in Fife after the region was hit by severe weather overnight.

Hundreds of lightning strikes were recorded in the region - bringing with them flash flooding.

It has led to the closure of almost 20 schools and nurseries, while homes and streets have been left under water.

This includes a major landslide at Pettycur Bay holiday park, where 28 people had to be rescued in the early hours. In total 218 people were also assisted from their caravans overnight. Emergency accommodation was identified and the landslide is being assessed this morning.

Police, fire and council services are working together to deal with flooding issues in Freuchie, Cairneyhill, Cardenden, Kinglassie, Culross and Lochgelly. As a result, a number of road closures are in place and local diversions are in operation.

The main east coast rail line is also closed due to the landslide.

Chair of Fife’s LRP Superintendent Sandy Brodie said: "Public services are working together to deal with this incident and taking guidance from public health to make sure all current guidance is being followed when supporting those affected.

"I want to reassure residents that we are working to get services back up and running as quickly as possible and will continue to monitor the situation. In the interim, I would ask people not to travel unless absolutely necessary."

At Kirkcaldy's Victoria Hospital, cars were left piled on top of each other after floating in floodwater (see picture above).

This was the scene this morning at Pettycur Bay:

After a 1am evacuation and a night spent in the car park, here’s how it looks now at Pettycur Bay. Still stranded in Burntisland. @SeanBattySTV @FFP @courier_fife @kingdomfm pic.twitter.com/FPwe5yrHTV

Fife Council has confirmed the following schools are closed.

Train services, including those on the Fife Circle, are also severely disrupted:

⛔️ We're unable to run trains on these routes in either direction:

Numerous roads have also been closed - according to Courier reporter Craig Smith:

Safe to say that's a night that will live long in the memory. Road closures include: A909 Cowdenbeath Rd, Burntisland; A911 Leslie at Auchmuir Bridge; A921 Kinghorn to Burntisland - at Pettycur Bay; Esplanade, Overton Rd and Oriel Rd in Kirkcaldy; and Glenwood Rd, Leslie.

SEPA has a flood alert in place for Fife, while a yellow weather warning from the Met Office remains in place throughout today.

We will bring you more updates on the weather situation as we get them.