Body of serving police officer, 28, recovered from Forth 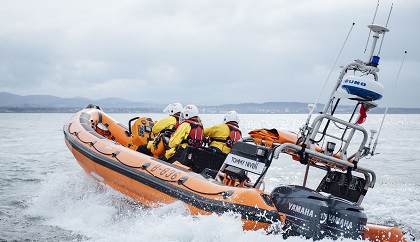 A police officer has died, after his body was recovered from the Forth near the Clackmannanshire Bridge.

A major search and rescue operation was launched last night after reports a man was in the water.

A coastguard helicopter, police, fire and lifeboat crews were all involved.

Police have now confirmed the body of a 28-year-old serving officer was recovered from the river.

A spokesperson said: "Officers were made aware of a concern for a person near the Clackmannanshire Bridge in Kincardine, around 9.25pm on Sunday January 19.

"The body of a 28-year-old man was recovered from the River Forth a short time later following a search.

"The death is currently being treated as unexplained, although there are no apparent suspicious circumstances.

"A report will be submitted to the procurator fiscal."