Around 2,000 people write to Environment Secretary over Mossmorran flaring 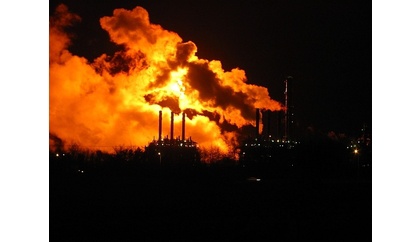 There are demands for Roseanna Cunningham to meet local residents to hear their concerns.

An online portal has been used, set up by the Scottish Greens, to oppose the government's lack of action.

Fife MSP Mark Ruskell, who is also the party's environment spokesperson at Holyrood, said: "I’m not surprised so many people have objected to Mossmorran.

"The unplanned flaring at this fossil fuel relic has made life a misery for local residents."

He's also calling on the government to meet locals and added: "It's also unacceptable that the Scottish Government has still failed to meet with communities and discuss their concerns in person.

"The claim that doing so would prejudice Sepa's investigation is totally undermined by the fact the Energy Minister had a private meeting with ExxonMobil back in September.

"The Government needs to listen to these 2,000 people and come face the community living in the shadow of this aging plant."

The company's External Affairs Manager Stuart Neill said: "Our commitment to reducing the frequency and impact of flaring is well documented, and is underlined by the £140 million additional investment announced in September last year to upgrade key infrastructure and introduce new technologies.

"This includes technologies that reduce the impact of flaring, such as a state-of-the-art flare tip, which will reduce noise and vibration."

A spokesperson for the Scottish Government said: “We appreciate the concerns of the local community with regards to the Mossmorran complex and we are clear that the frequency of unplanned flaring is unacceptable.

“The Scottish Government is continuing to monitor the situation closely through regular contact with regulators.”