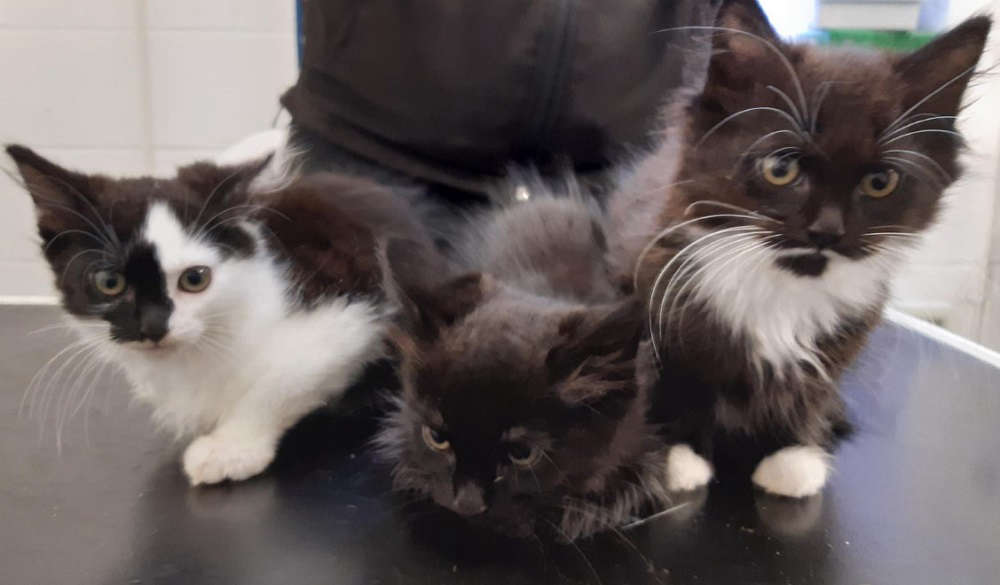 An appeal for information has been launched after three kittens were found in a vodka box at a park in Kirkcaldy.

The Scottish SPCA is saying that they were located on Thursday (14 October).

It was alerted to the incident after a member of the public called their animal helpline at around 2pm to say some children had found the young cats while playing in the town's Gallatown Park.

Robyn Gray, an inspector from the charity, said: "The kittens are all around 12 weeks old and there are two males and one female.

"They are semi-longhaired and all have distinctive markings so we’re sure someone must recognise them.

"The kittens were found in a vodka box that appears to have been used for moving or storage in the past. The box is marked ‘tops’ and dated from 2017.

"The animals were found in the park at around 2pm and can’t have been there for long as both they and the cardboard box they were in were dry despite the wet weather.

"The kittens were in good condition and did not have any injuries, illnesses or fleas so they have clearly been well cared for up to this point.

"Although we appreciate the owner may have meant for these cats to be found, this is not the proper way to give up an animal if you can no longer care for them.

"If anyone has any information on this incident they can contact our confidential animal helpline on 03000 999 999."