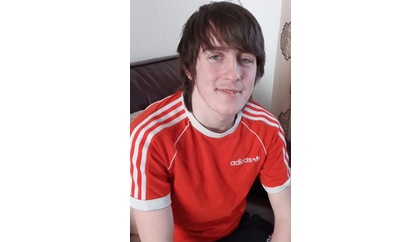 An 18-year-old woman has been charged by police after a man's death at a farm near Glenrothes.

The man died at Little Balquhomrie Farm after emergency services attended the scene at around 11:10am yesterday.

Officers received a report of a one vehicle crash involving a car and a pedestrian.

Police Scotland have also revealed the name of the man who died as Joshua Kerr, who was also 18-years-old.

He was seriously injured and was pronounced dead at the scene of the crash.

The charged 18-year-old woman is scheduled to appear at Falkirk Sheriff Court on Monday (25 May).

A report is also being sent to the procurator fiscal.

Meanwhile, Joshua's family have paid tribute to him and said: "His mum, dad, little brother and anyone that ever knew Josh will never forget him.

"He was the perfect person and we will forever love him."

Detective Inspector John Easton from the Major Investigation Team said: "This was an isolated incident and there is no risk to the wider community.

"We are keen to talk to anyone who may be able to help with our investigation.

"Anyone with information that could help us is urged to call Police Scotland on 101, quoting incident number 1237 of Friday, 22 May or alternatively call Crimestoppers anonymously on 0800 555 111."